A floating-point unit (FPU), also referred to as numeric co-processor, is a dedicated processing unit that manipulates numbers more quickly than the basic microprocessor circuit. The FPU does this by means of instructions that focus entirely on large mathematical operations such as addition, subtraction, multiplication, or division etc. The F-extension added in user project area, also referred to as FPU is capable to perform floating point addition, subtraction, multiplication, division, square-root and fused multiplication.The block diagram is shown in figure 1.1. The designed floating-point unit (FPU) is fully compliant with the IEEE-754 standard. It flags all five exceptions explained in subsection xx during result calculation as guided by IEEE-754 spec and has support to round result as per the five rounding modes. Additionally support for dynamic rounding is also added as indicated in RISC-V specifications. The rounding modes are explained in table 1.1. For being compliant with RISC-V F-Extension the unit is capable of performing basic arithmetic operations like comparison, addition, subtraction and multiplication. Moreover, the support for certain complex operations like division, square root of a number and computation of fused multiply-add. Certain other computational operations like integer to float conversion, float to integer conversion, computation of minimum and maximum of the two numbers along with sign injection is added. Caravel SoC core acts as a Wishbone master providing IP with control signals like data, address, cycle and strobe. The signals write FPU CSRs (explained in section 1.2.1) are decoded to provide information including operand A, operand B and operand C. Additionally, the operation that is to be performed and the rounding mode to be used are also provided. The selected module performs operation and the output result is written to an FPU CSR along with the exceptions flagged. The result and exceptions are then forwarded by wb_s to the core when requested. The default rounding mode for all the operations is RNE as highlighted by RISC-V and IEEE-754 spec.

A memory mapped peripheral is a hardware device with a specific address range in memory that the core writes data to and reads data from. FPU is integrated with the core using Wishbone interface. The core acts as a master while IP acts as a wb_s. A valid signal is sent from the interface to IP following which the IP starts operation depending on the instruction from core. Once the IP has performed the operation, it sets acknowledge ack indicating that operation is completed. The unit is controlled via set of control and status registers (CSRs) that are explained later in this document.

Result of FPU calculation also appers at the 32 GPIO pins.

All the CSRs are located in the user design space with the base address of 0x3000_0000 + the offset described in table 1.2. The description of CSRs can be seen in following table

The CSR operation completed holds a 2-bit value at bits 1 down to 0 that specifies the float to int, int to float, add/subtract, MAC, min-max, compare and sign injection operation. This CSR also holds an 11-bit value that shows which arithmetic operation has been completed. The encoding of the fields can be seen in the following table

FFLAGS and FRM are both fields of FCSR that can be individually accessed with dedicated addresses. FFLAGS hold a 5-bit value that corresponds to the exceptions raised by the operation performed. FRM holds a 3-bit value to representing the rounding mode to be used. The encoding for these fields can be seen in table 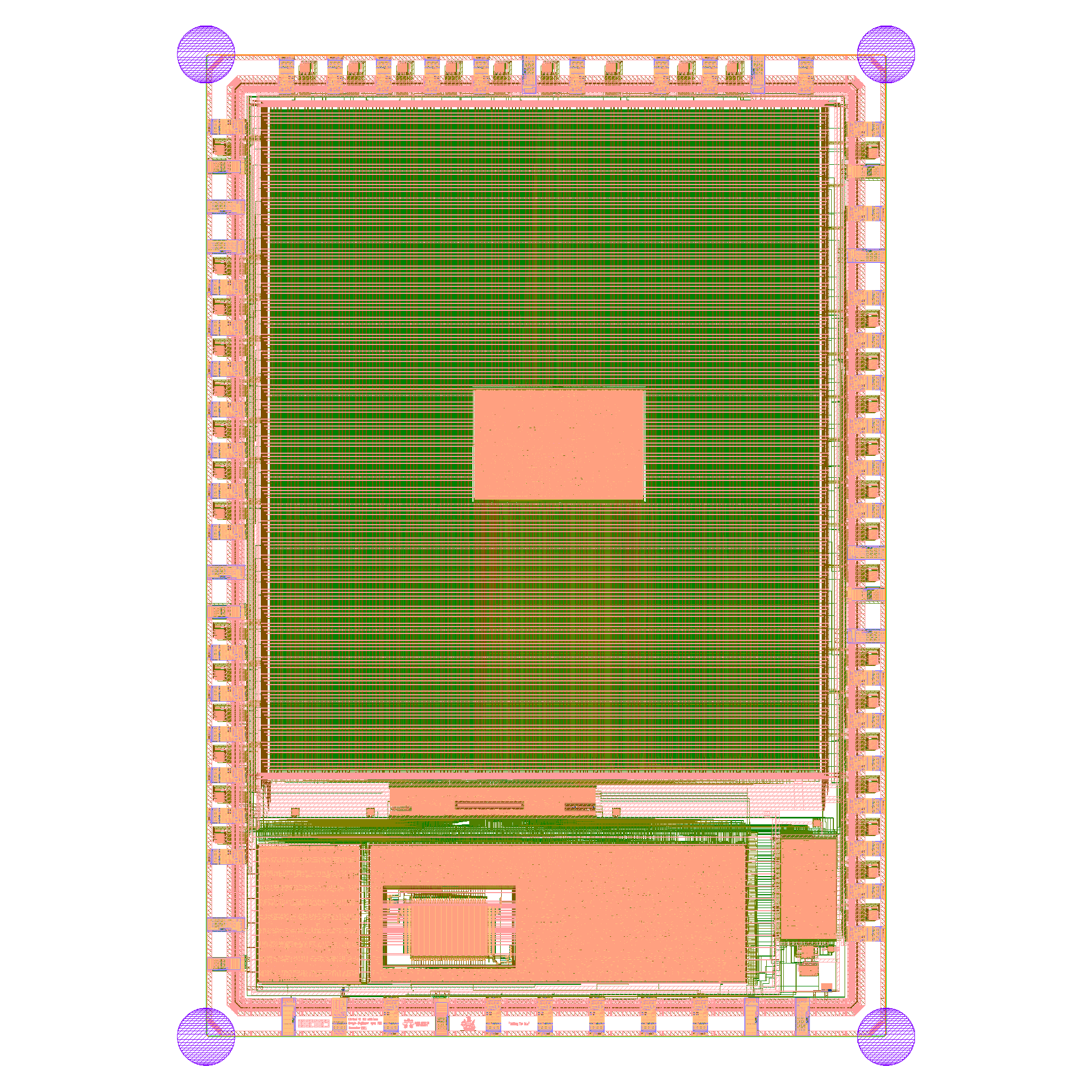 Caravel_FPU integrates floating point unit with Caravel Core. It is capable of doing floating point arithmetic through integer instructions. It also generates exceptions which can be handled by the core through ISR.