This is a combination of the Morphle Logic asynchronous runtime reconfigurable array with the Caravel project to design a chip for the Skywater 130 nm technology.

Original Caravel README has the information about the Caravel project itself.

The various unit tests and the test harness for Morphle Logic blocks and the user_proj_example can be found in the verilog/mtests directory.

Note that the project includes many intermediate files that were generated separately. Using the tools to generate new versions of them is not a good idea. Only the "user_proj_example" and "user_project_wrappers" should be touched and then magic is used to combine this result with previously generated files of the remaining subprojects into the final .gds file with the chip masks.

OpenLane runs inside Docker so that should be installed and able to run as the current user and not just as root.

To build the modified Caravel chip that includes Morphle Logic instead of the supplied user_proj_example, the following steps should be taken starting from the root of the MorphleLogic project:

If the supplied user_proj_example is still present in the openlane subdirectory, then this will patch it to use Morphle Logic verilog files instead by replacing everything in that subdirectory with new versions of the needed files:

Note that we are now skipping user_proj_example and doing user_project_wrapper directly to make hooking up power to the yellow cells simpler. The above sequence is still needed so generate the macro placement file which is placed in ..example but also used by ..wrapper.

In the ol_templates subdirectory, you can "make help" to see other options. One such is "make init_block_flat" which will copy the files needed so that user_proj_example will be built as a single mass of standard cells.

If the various PDK packages have been installed with the correct versions then this step can be skipped:

If the large files in MorphleLogic are still compressed then you can:

If OpenLane has not yet been installed in the indicated place you can:

Currently the project is going to be built using the yellow cells as black boxes, so they have to be generated first:

This should be the result: 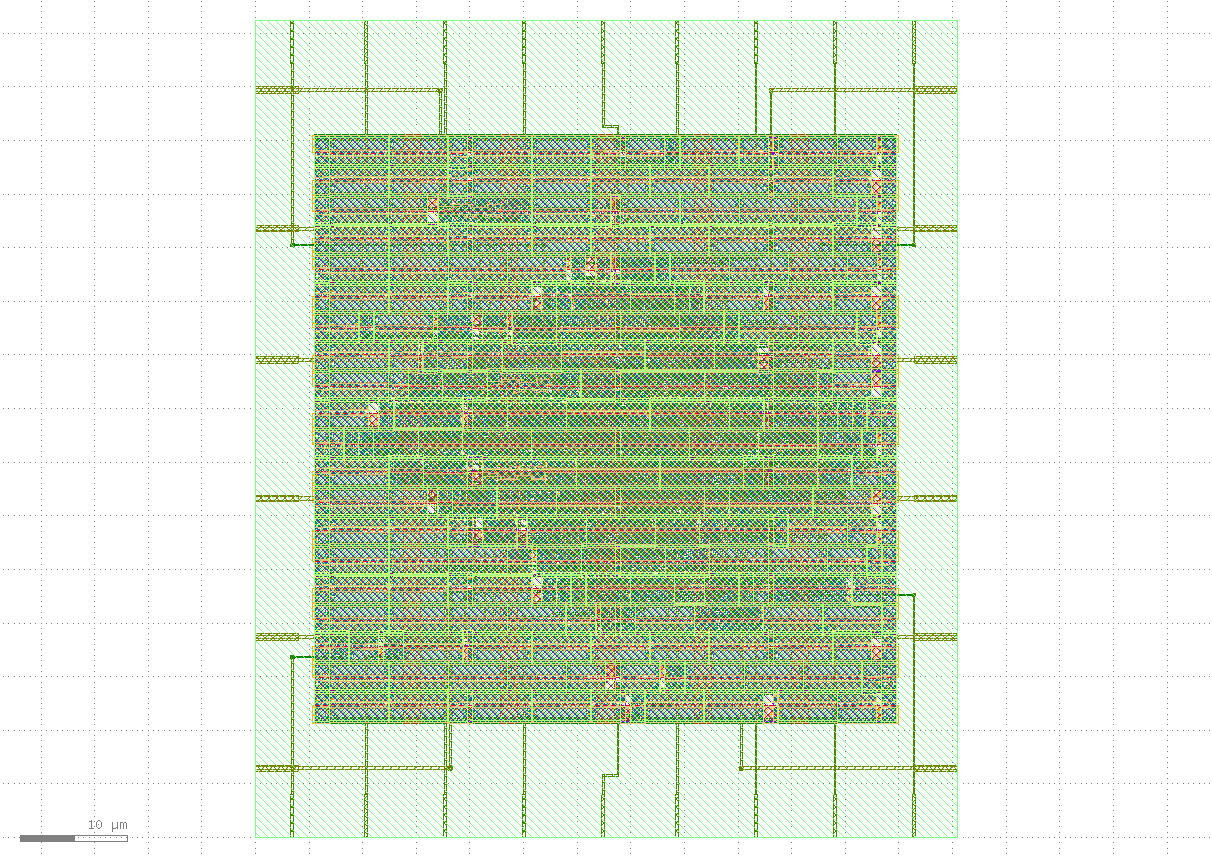 The next step is to generate user_project_wrapper which now directly includes all the yellow cell macros and other logic from user_proj_example instead of just wires.

Here is the result: 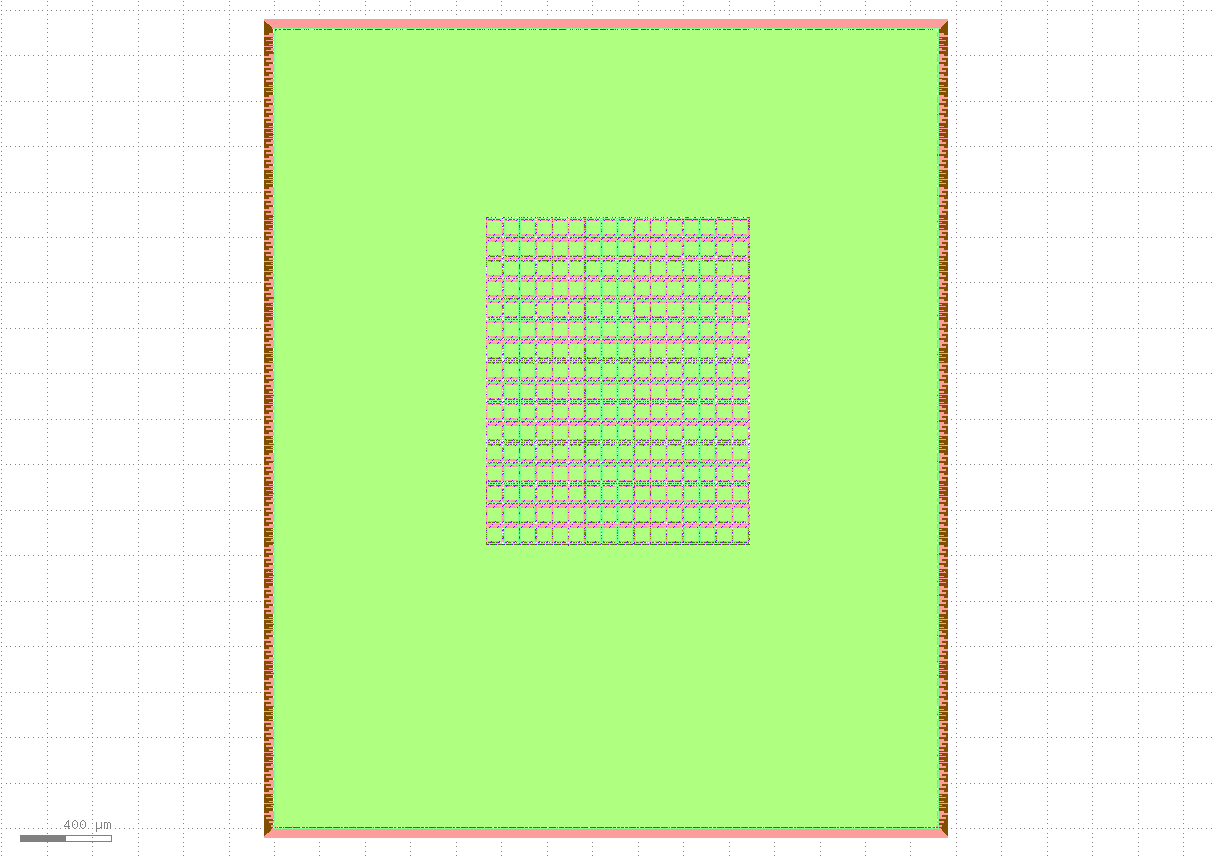 Note that the design rule checker (DRC) will give 6 errors complaining about tapcells being too far. This is due to the ycell macros disrupting the nice pattern of tapcells to their right, so that where the pattern changes at the very right edge there is a slightly longer stretch. The six errors are all about a single missing tap point. But there is not any actual circuits in this region of the chip - it is empty space. Fixing this error would be possible by moving the macros to the left, but then OpenLane causes actual errors by running vertical metal 4 traces too close to the power rails. 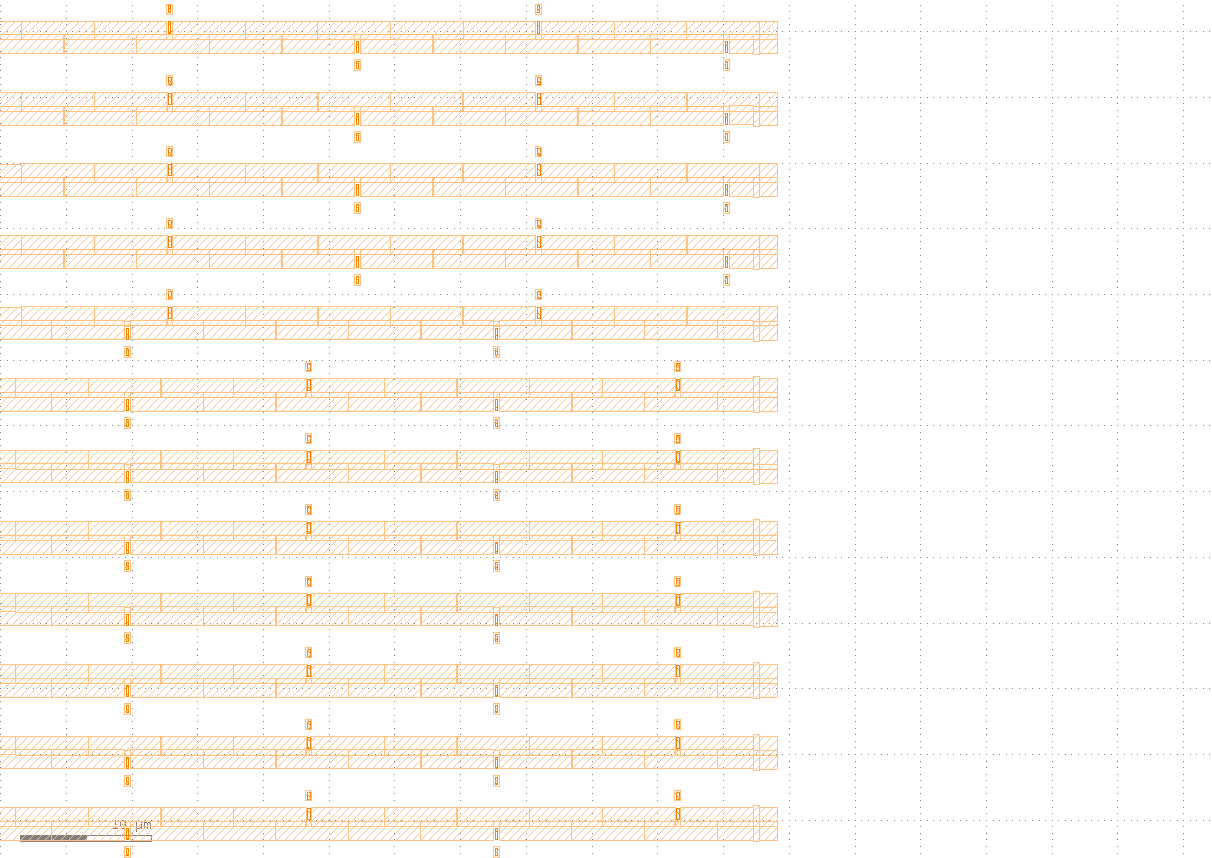 Now we have the gds/user_project_wrapper.gds file that the main script needs. Be sure that you have the latest version of the magic tool, otherwise you will get some very hard to understand errors.

If there were no errors in any step then the file gds/caravel.gds has the final design. The files needed for error checking should also all be available at this point. 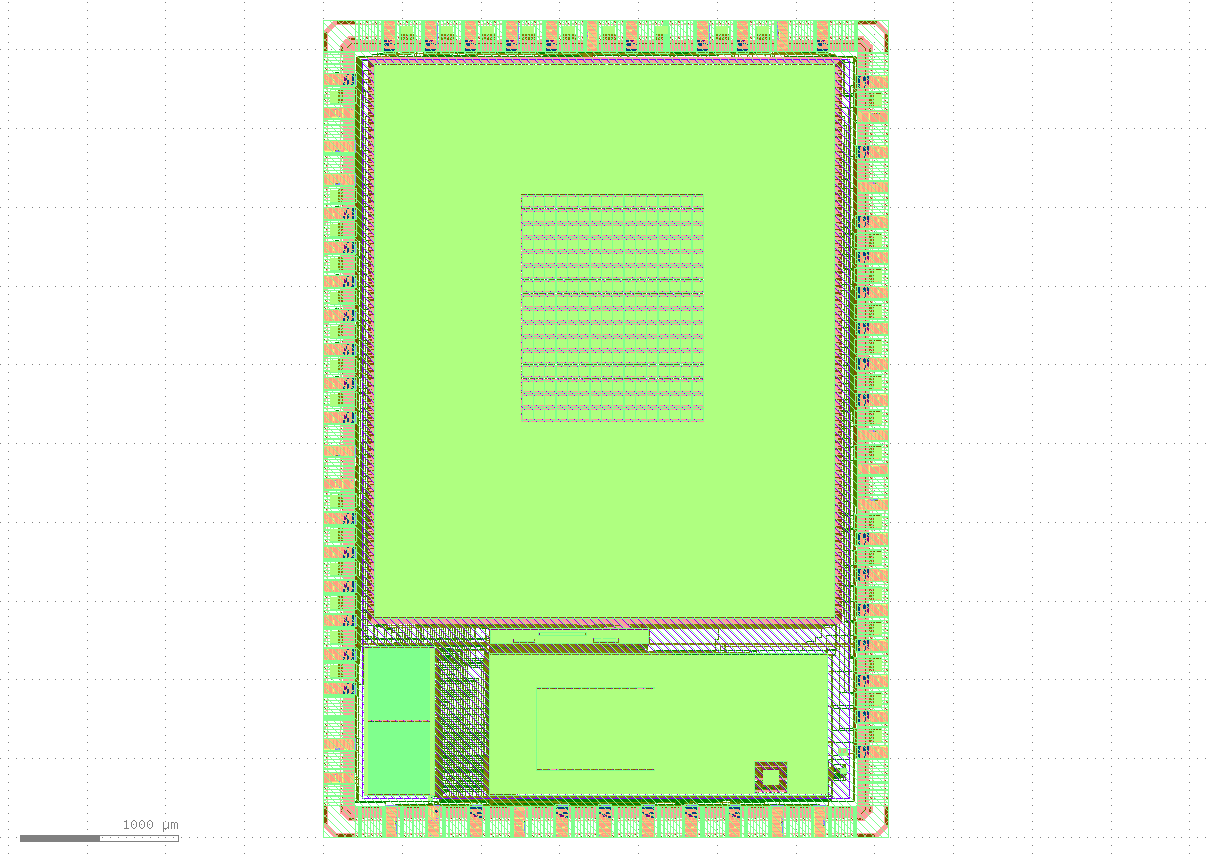 It is possible to "make compress" to make it easier to move the repository around (only files larger than 10MB, by default, will be affected). 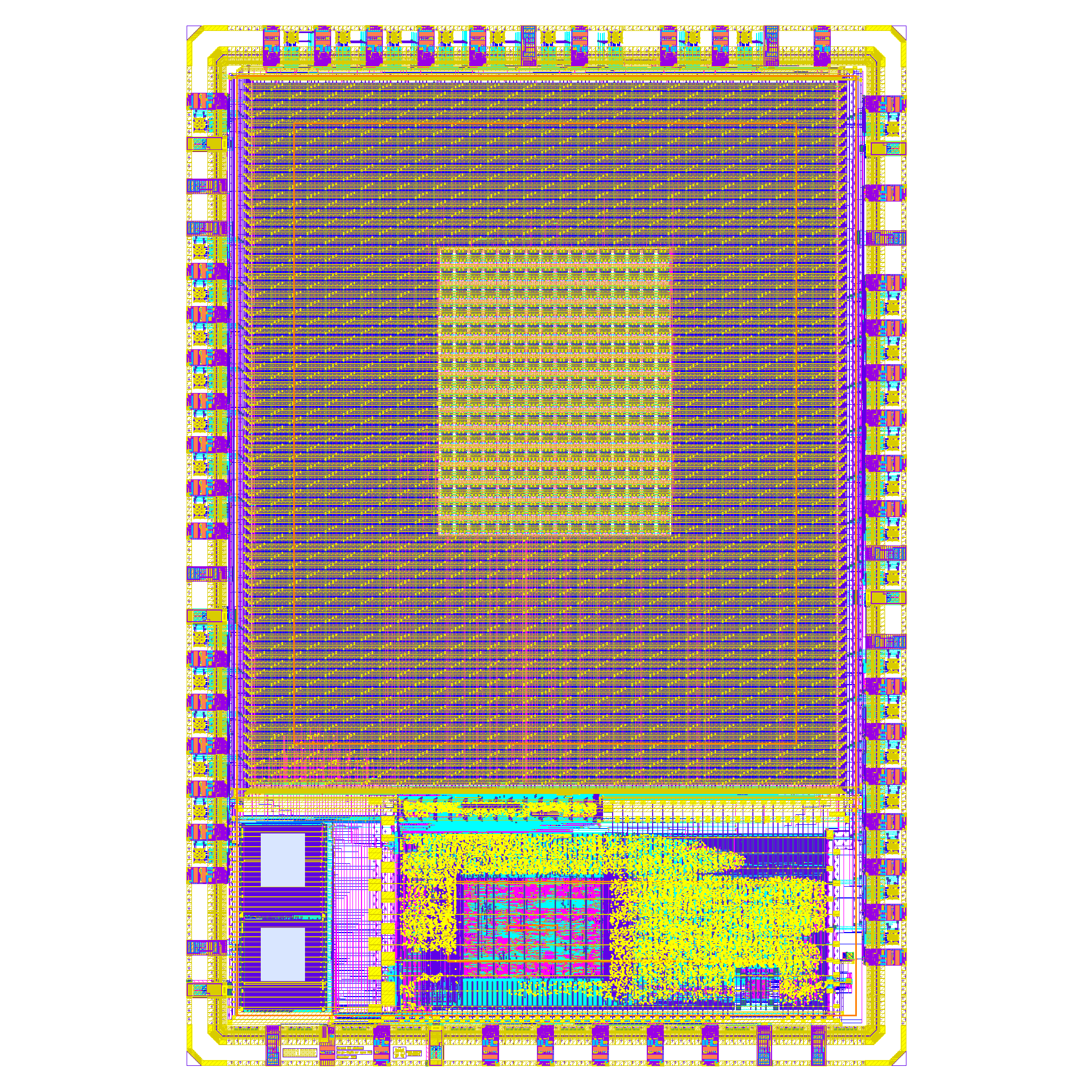 A test-wafer for testing Mophle Logic reconfigurable hardware for SKY130.