The Google SKY130 multi-project wafer free shuttle program provides a harness SoC that surrounds a user project area (Mega Project Area) that is open for individual project implementation. This project implements a Decred miner in the Mega Project Area. In the Mega Project Area is one controller unit and four hashing units. Static timing analysis shows that the units support a clock frequency of, at least, 50MHz. At 50MHz, four hash units are expected to yield a total of approximately 6 MH/s (megahash per second). 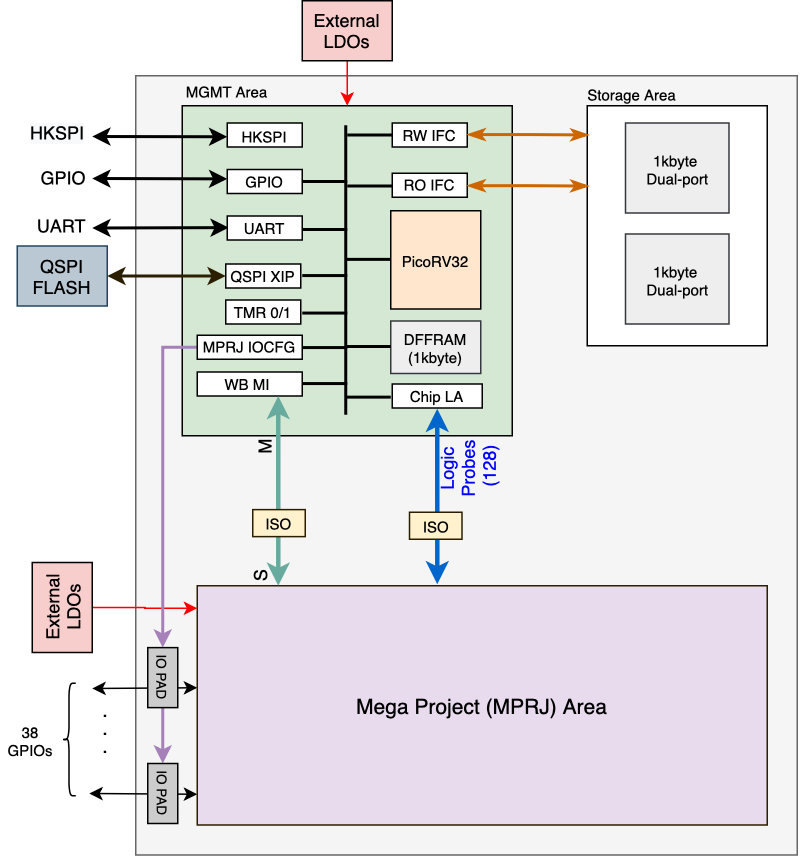 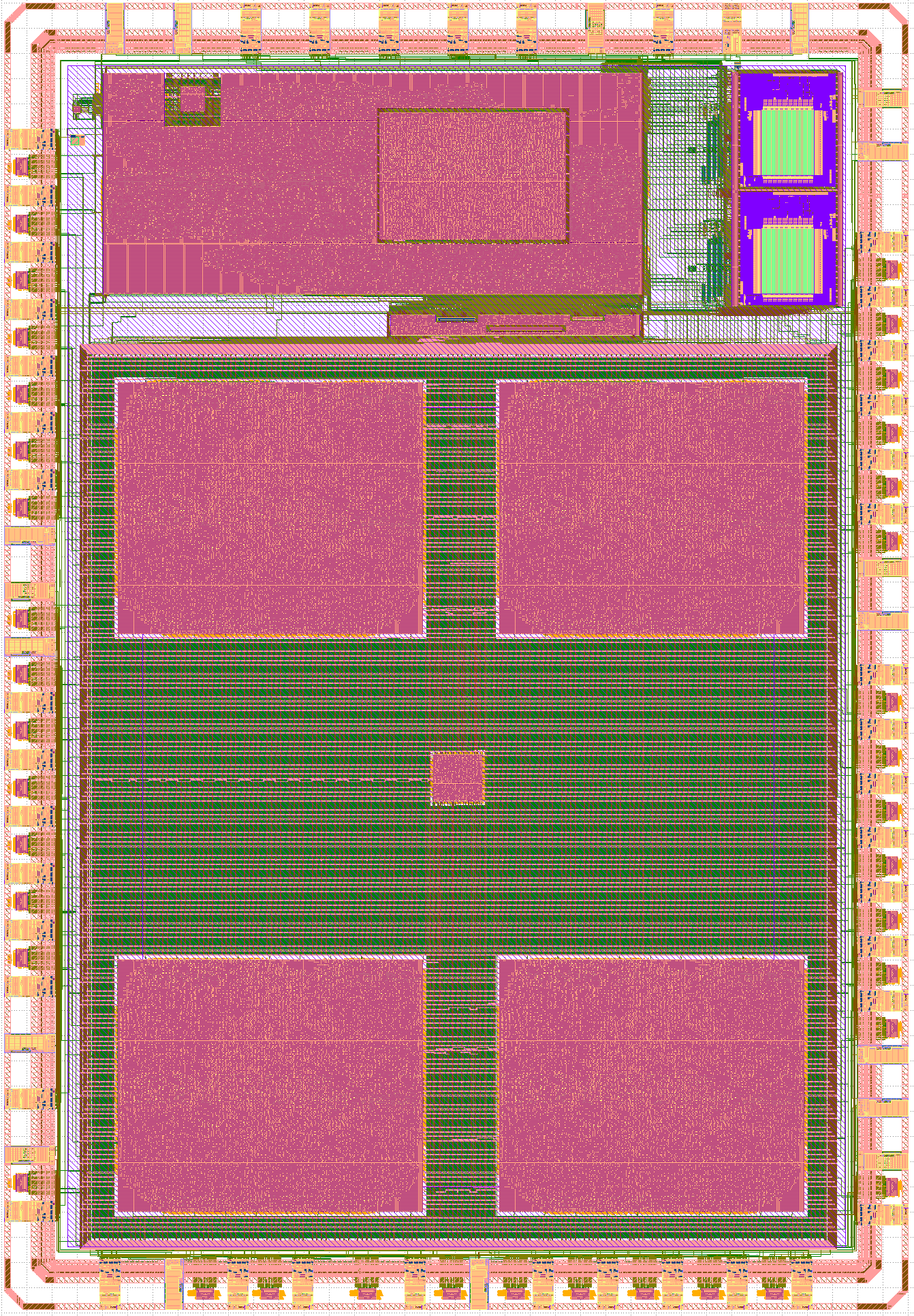 Decred is a blockchain-based cryptocurrency that utilizes a hybrid Proof-of-Work (PoW) and Proof-of-Stake (PoS) mining system. More about Decred can be found at https://docs.decred.org.

The PoW element of Decred uses the BLAKE-256 (14 round) hashing function and is described in more detail at https://docs.decred.org/research/blake-256-hash-function.

The Skywater 130 Decred Miner project implements BLAKE-256r14 hash units that are optimized for the Decred blockchain (i.e., not a generic BLAKE-256r14 hash unit). In addition to the hash units, the core also includes a SPI unit with addressable register space and a device interrupt; all to be used with a separate controller board. The core is implemented on Skywater’s SKY130 process.

Several Decred ASICs have been produced in the past at process nodes much smaller than 130nm (some as small as 16nm). This project’s purpose is not intended to compete with the performance per watt of those commercially available units. Rather, this project was intended as a method to learn about the challenges of ASIC development and provide a stepping stone for open-source ASIC development. 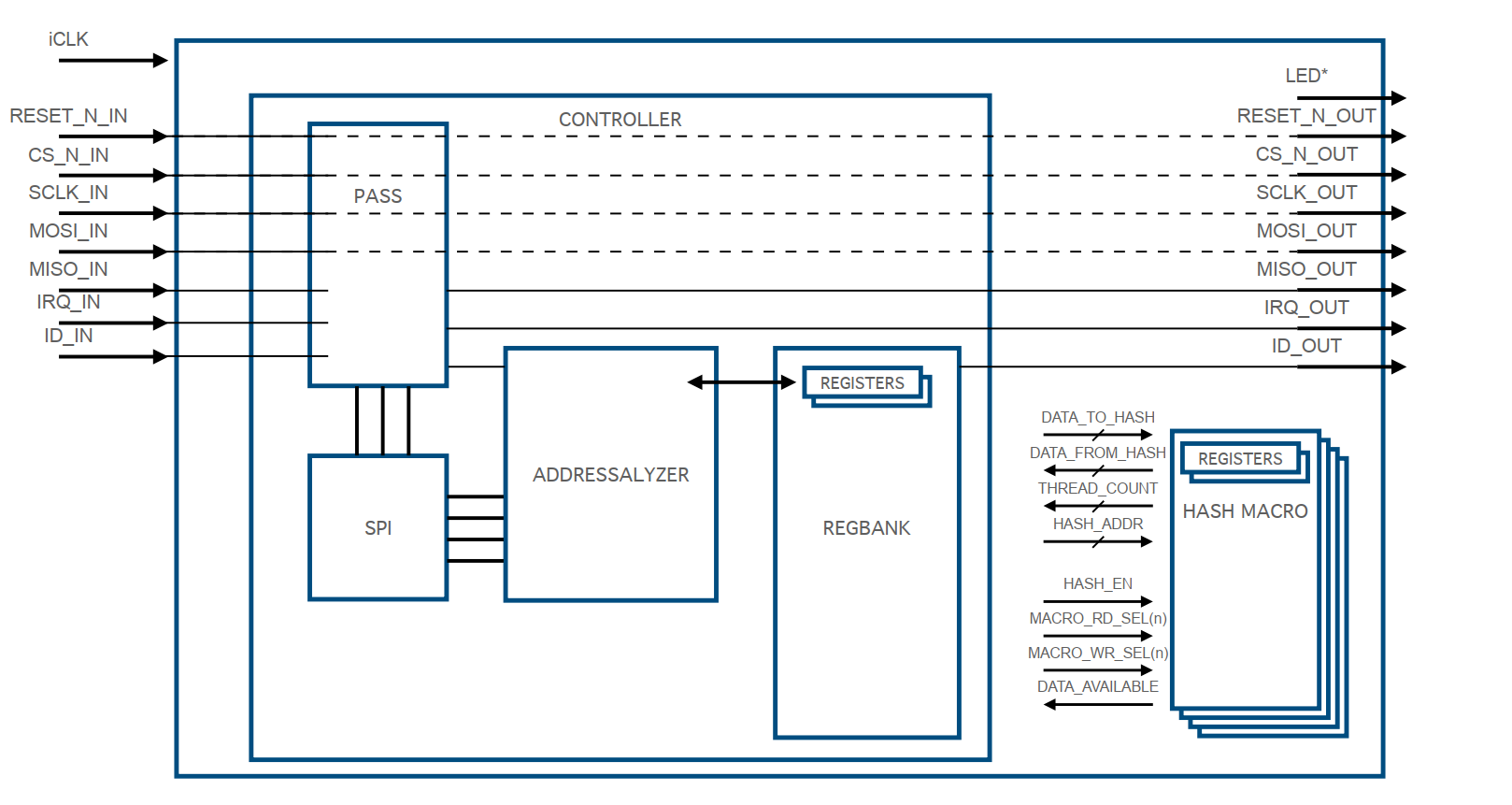 The Decred blockchain provides a 180-byte header that includes common blockchain fields such as previous block hash, merkle root, timestamp, nonce, and height. It also includes Decred-specific fields such as voting information that works with the PoS portion of Decred. The Decred header specification can be found at https://devdocs.decred.org/developer-guides/block-header-specifications.

The Decred PoW process runs variations of the header (plus 16-byte padding) through the BLAKE-256r14 hash function and compares that result to a numerical value (smaller value better). The varying data of the header is the nonce space. A Nonce field exists at the end of the Decred header. While the Nonce field is only 32-bits, the ExtraData field can be used to expand the nonce space. After the full header is initially hashed, only the last chunk of 64 bytes needs to be rehashed for each change in nonce space. This is because the Nonce and ExtraData fields are at the end of the header. The result of hashing the first 128 bytes of the header is referred to as the midstate. The controller board generates the header’s midstate and sends it, along with other static header data and the target difficulty information, to the core via the SPI interface. After the necessary data is sent, the controller board enables hashing. If the hash unit determines that a result suffices that target difficulty, an interrupt is generated from the core to the controller board and the solution nonce is saved. Once the interrupt is handled by the controller board, it reads the solution nonce from the core’s register space.

It is common for crypto currency mining machine manufacturers to chain several dozen ASIC chips together in a single unit to maximize hash rate SWaP (size, weight, and power). This project implements support for chaining ASICs to a single controller board.

After make test succeeds, proceed to check out step next.

Building to integrate into the caravel test harness chip is done in several steps. 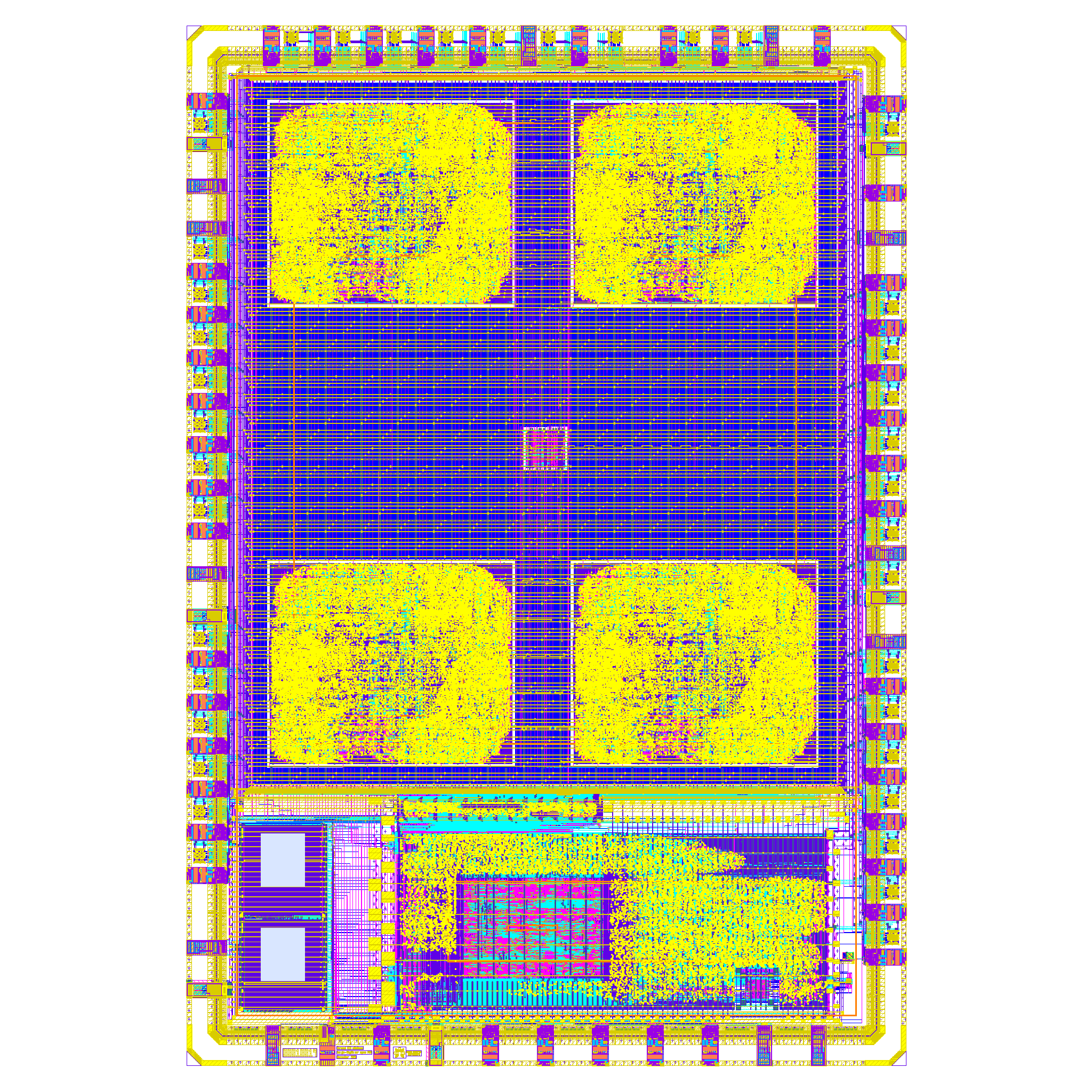